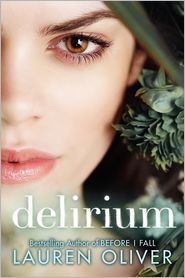 Lauren Oliver confirmed yesterday that Fox Network has ordered a pilot for her best seller, Delirium. You can see Lauren Oliver’s announcement here.

Summary (via Goodreads):
THEY SAY that the cure for Love will make me happy and safe forever. And I’ve always believed them. Until now.

Now everything has changed. Now, I’d rather be infected
with love for the tiniest sliver of a second than live a hundred years smothered by a lie.

Book two of the Delirium series Pandemonium is out now. Look for book three, Requiem expected to release in March 2013