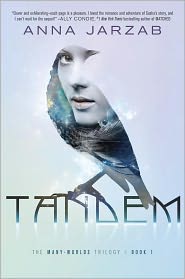 Review of Take Back the Skies by Lucy Saxon
Boundless Review

Review of Ignite by Sara B. Larson