Last night I had the pleasure of attending the Sarah J. Maas’ event at Blue Willow Bookshop. The lovely Kate from Ex Libris moderated and had us all laughing. We began by playing a game seeing if anyone could pronounce the names and locations from the Throne of Glass series correctly.

Sarah then talked about the origins of her character’s names. I loved her explanation for Celaena. It goes back to The Last Unicorn a classic fantasy novel by Peter S. Beagle and a 1982 film by the same title. There was a harpy named Celaeno trapped by a traveling witch in her midnight circus. The harpy was her most prized capture and the most dangerous of all the mythological creatures the witch had in her circus. Celaeno in Greek means the ‘Dark One’ so Sarah always thought it would be an excellent assassin’s name. Being a child of the 80’s that movie had a major impact on me too.

Sarah spoke about her journey to being published and her writing process now. She said she doesn’t use outlines (they crush her creative soul) but she does use music, movie scores in particular, as a backdrop and inspiration. She said without knowing it she had been outlining to some degree with her song choices. She associates certain scenes with songs and so moves them up or down her playlist according to where it falls in the story.

Kate did an amazing job moderating and Sarah J. Maas was funny, incredibly likeable and personable. It was a blast. If you follow My Friends Are Fiction you’ve seen the Lego cover we did for Crown of Midnight. I had a few printed up and had them signed. Sarah loved it and totally recognized it when I went up to get her to sign my books. Was a really awesome moment. Of course I gave her one and am keeping one for myself…but I have one for a lucky giveaway winner.

This is an international giveaway: 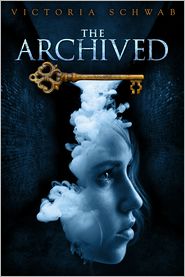 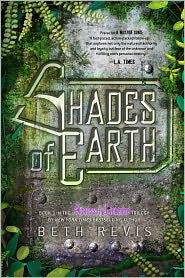 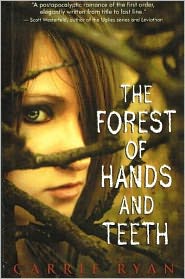 Last Saturday I packed up my bag of books and headed over to Blue Willow Bookshop to see Victoria Schwab, Carrie Ryan and Beth Revis…what a line up. These three ladies are all friends and it was great to see them interact. I have been a fan of both Carrie Ryan and Victoria Schwab for a while but I’ve not read Across the Universe yet. After meeting Beth it is high on my TBR pile. All three answered questions from the audience and teased us with tidbits of upcoming books, novellas and cover releases.

Thank you Beth Revis, Victoria Schwab, Carrie Ryan and Blue Willow Bookshop for  such a wonderful event. I have an interview in the works with Victoria Schwab so check back for that. You can read my review of The Archived here. 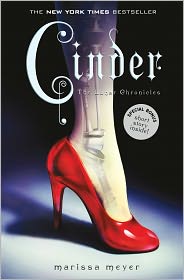 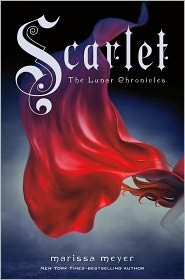 Marissa Meyer the author of the Lunar Chronicles, Cinder and Scarlet came to Blue Willow Bookshop last night to speak and sign books. Marissa is an excellent speaker and I loved hearing her talk about how she became inspired to write the Lunar Chronicles. She said she was in that in-between stage of wakefulness and sleep; she got this vision of Cinderella running down the stairs at midnight and tripping. As she lay sprawled at the bottom of the stairs instead of a glass slipper laying on the steps she saw a metal foot. She had previously written a fairy tale set in the future for a writing contest so taking Cinderella to the future and making her a cyborg just felt right. This idea blossomed and Cinder was created.

It is apparent that Marissa Meyer has done a lot of research into fairy tales and how they originated and changed over the years. If you’ve not looked into the original Grimm Fairy Tales you really should, its as intriguing as it is disturbing. We also got to hear a small amount about the next two books in the Lunar Chronicles: Cress and Winter. Cress will introduce a new character based on the Rapunzel fairytale and Winter will be Snow White. The new characters will join the cast we are already familiar with and love. I can’t wait to see where this series is going because Scarlet was even better than Cinder to me. The more characters Marissa creates and adds the main story arc the more you can really see her skills as a writer and story teller.

Some of the questions asked by the audience included how the cover art was picked and what role Marissa had in it. As with almost all of published writers she didn’t get to have any influence into the cover art but she loves it and can’t wait to see the next two covers. She also explained where the names for her main characters originated, Cinder–obvious from Cinderella, Scarlet- scarlet meaning red, Cress-she said this is an interesting aspect of the older telling of Rapunzel. She didn’t get to explain it fully because of time constraints but she did say that Rapunzel and Cress are both types of lettuce and this is part of the original fairy tale. My interest is piqued, I will be researching this today. Winter- Snow White, winter and snow.

The last little tidbit we were left with was a teaser…a magician may or may not be part of the next character cast for her next series.

Check out my reviews for Cinder and Scarlet

Sign up to win a signed copy of Scarlet