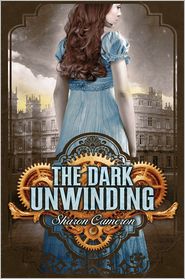 Review of A Study in Charlotte by Brittany Cavallaro

Review of Duels and Deception by Cindy Anstey
Review of Scarlet by A.C. Gaughen
Review of Unhinged by A.G. Howard
« Waiting on Wednesday #1
Review of Chantress by Amy Butler Greenfield »