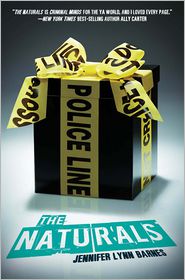 Review of Blackout by Meredith McCardle